Today was the day Oia got her cast. We strayed from the typical pink this time and chose Carolina Blue instead. She and I are the only Tarheels in the house (my alma mater and Oia's birth place) and since we had sole color-picking rights today, then light blue it was. 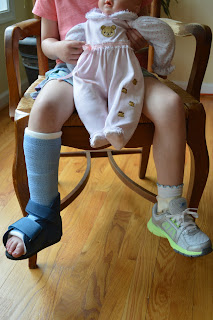 I spent a good bit of time preparing Oia for her cast this time around. Back in 2010 for her last casting, an explanation would have more than likely been too much for her to understand. How awful to put her through procedures then with little or no explanation but we did. And she still loves us. But this time, I pulled up pictures of her from those previous casting experiences and I explained as simply as I could what was going to happen today and why. She was curious. She listened and really processed my words. She asked why? and said ok. Trust was written all over her sweet face... Until we got into the casting room. Then she knew that what we discussed was really going to happen. She grew anxious and her face became flush. She started to cry and asked to go home. She begged for Daddy who she misses terribly while he's gone for work this week. Although it makes me sad to see her fears, I was proud of her reaction and her understanding of the appointment because I know she senses this is help. She was brave for the entire process, which of course, is quick and harmless.

Dr. R was able to very easily, he said, get her foot into neutral at 90 degrees and then some, for a little added stretch. This will be good. She walked to the car on her own afterward and once home, we broke out the Sharpies. Both girls were excited about writing on Oia's "boot". Esme made an E, Oia wrote her name and drew a rainbow, and I added a thing or two of my own. We even saved a little space so Rob can add the final touches once he returns home later this week. 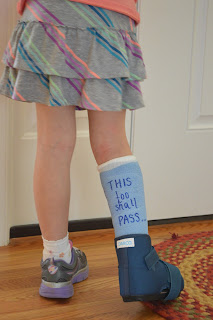 I gave the Princess a dose of Tylenol to ease the night-time ache that I remembered from the last time, and she has been sleeping soundly since 7. Day 1 of 14 over. We got this.
Posted by Mo at 7:02 PM 7 comments: 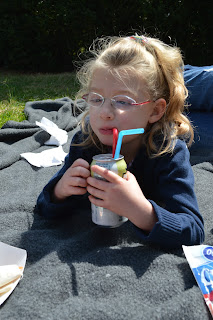 Well, this beautiful individual is growing up. Literally. Her ortho appointment yesterday revealed Oia is at least 3 inches taller than she was last May. Growth is a wonderful thing for all children but for Oia, it's also an evil. Bones grow, muscles pull tighter, joints become stiffer, range becomes compromised, movements become rigid; all compliments of cerebral palsy. 'Tis part of this life.

Physically, Oia is at a place where intervention to alleviate the tigtness is in order. It has become difficult to stretch her right ankle into neutral (90 degrees) and right knee bends more than desired as a result. It will always be a game of growth-tightness-intervene, and repeat. Always. Thankfully, our interventions are minimal and easy, for now at least. Despite her right sided weakness and increased tightness, our doctor noted how symmetrical Oia's body still is. That's huge.

So. Because our doctor doesn't feel that Botox will deliver any greater relief, or stretch, to Oia's right leg than two weeks in a cast would, we have concluded to scratch the toxin off the list of interventions. I'm cool with that. She didn't get much relief from Botox when we experimented with it over two years ago. Results for her were more drastic with casting. So here's the plan... Return for casting next Tuesday, right foot only, for a hold of hopefully 90 degrees or closest to it. Cast will remain on for an entire two weeks. Once the cast is removed after the duration of two weeks, doctor will assess her range to then determine what needs to be done next. More than likely, it will be a night split (think SMO-style with padding) to maintain the gains received from casting. It sucks but it's just one of those things. What's two weeks? I thank my lucky stars every single day that this is what we deal with. It could always be more. And it could always be worse. But right now, this is okay.
Posted by Mo at 10:01 AM 1 comment:

I wrote the entry below while Oia was still an only child and as best as I can remember, it was even before I was pregnant with Esme. At the time, I wrote this for a different purpose other than for this blog but in honor of D-Day, which I only take a mere second to remember, I'm finally sharing this piece now. Oia's Diagnosis Day was exactly 5 years ago today, on April 2nd, 2008. She was barely 8 months old. 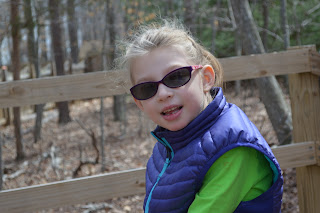 If Only I Had Known…

So much about being set on a path that you never expected to walk is about surrendering to the notion that you are not in control of the big picture. As a child, I never imagined what my life would be like as an adult. Sure, I was determined to graduate college, certain to find love, hopeful to marry and eager to have a family; all when the timing was right. It’s easy to imagine such things, to dream of their perfection, but when I did, I of course never dreamed the life that has become the one I live today.

I did graduate from a top-notch university and I did find the love of my life who I later married. And yes, we began a family. After that, my path took an unexpected turn and the “big picture” suddenly became much bigger than I. The detour made me feel like I’d never find my way back to where I thought I needed to be but once I surrendered and ultimately accepted my fate, I realized that I wasn’t on a detour after all but headed in the best possible direction chosen just for me and my family; one that would lead me to beautiful perspectives and the most touching, unexpected lessons that would shape me into the woman and mother I never dreamed I could be.

The “detour” happened on April 2, 2008 when my 7 ½ month old daughter was diagnosed as a spastic quadriplegic with Cerebral Palsy. The news took my breath away, weakened my spirit, and rendered me speechless. I was a new mother and a naïve one at that, thinking why on earth is this happening to my baby and our family? Life just felt cruel that day.

Some time has passed since then and it delights me to say that I am nowhere close to the person I was then nor do I feel the same way. That day changed me for the better but at the time I was too hurt to understand what was really happening. If only the person I am today could have visited and prepared the person I was on the morning of April 2nd, I could have saved myself from the emotional pain and overload that was about to take place.

If only I had known then that the pain of that day would slowly fade.

If only I had known that my tears of anger and sorrow would eventually dry from my face and be replaced with giant tears of absolute joy.

If only I had known that my child’s determination would provide me with more hope than I’d know what to do with. 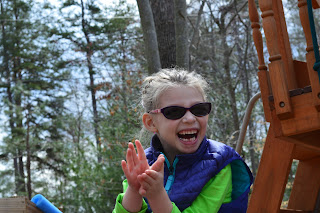 If only I had known how parenting a special child would give me the ability to slow down and absorb life’s littlest details that so many others rush by without notice. Life isn’t a race and slow is okay.

If only I had known that this special needs parenting journey doesn’t get easier. It just shifts and changes. Both my child and I become much stronger and tolerant as a result of the experiences we tackle and overcome.

If only I had known that the special abilities my daughter has far outweigh her special needs.

If only I had known that I would so easily be able to find the silver lining in any situation. There is always a bright spot amid the darkest of moments. Always.

If only I had known the acceptance and patience that I would acquire as a special needs mommy; not only for my child but for the world around me as well.

If only I had known how thankful I would be for such an unfair diagnosis. The greatest of blessings often come in disguise. 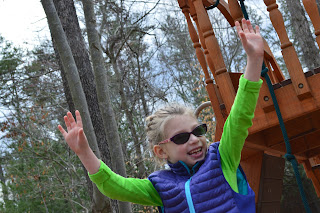 If only I had known how content I would become because of this unexpected turn and how absolutely stunning the view is from this portion of my path. This was no detour, just a planned portion of my life’s journey. I could have never dreamed of this life before my daughter entered into it because I never knew what perfection looked like. Perfection is my child who deals with and lives so eloquently with the challenges that are a part of her. Now I know – and knowing these things on Diagnosis Day would have erased the sadness and made me realize how amazingly blessed I really am. My daughter isn’t an angel on earth by chance or circumstance but an angel of God’s will. I was chosen to be her mother and I will spend the rest of my days as her student. I am both humbled and honored to witness life from the wings of this special little girl who I can so proudly call my own.