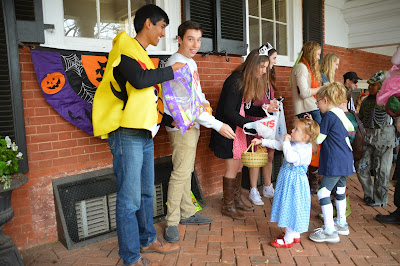 Halloween is an anniversary of sorts. This crazy holiday never rolls around without my thoughts drifting back to the age and time that Oia became an independent (albeit very unsteady) toddling walker. She was just over 2 years old. In retrospect, I think how absolutely amazing it was that she conquered her own palsied body so soon and took her first steps long before I predicted she ever would. But, living within that intense two years of rigorous therapy with a toddler who was *so close* to walking felt like time stood still and laughed at us and those days of mobility felt so far out of reach. It's all about perspective and it was the first test of our budding patience.

Oia was upright as she held our hand for stability for her first Halloween on the Lawn at UVa. I'll never forget it. She was 26 months old. I remember thinking, more like screaming from the inside "Look everyone! She's walking! She's doing it!" for she had worked so hard to do so but few would understand, so we just smiled a lot and said Trick-or-Treat for her instead. So every Halloween that has followed, I celebrate my child's mobility as we dress up, meet up with Rob at work, gather and fill our candy buckets, and literally chase our run-away 7 year old. She has never stopped moving since her first Halloween on the Lawn, 6 years ago. My favorite family tradition. 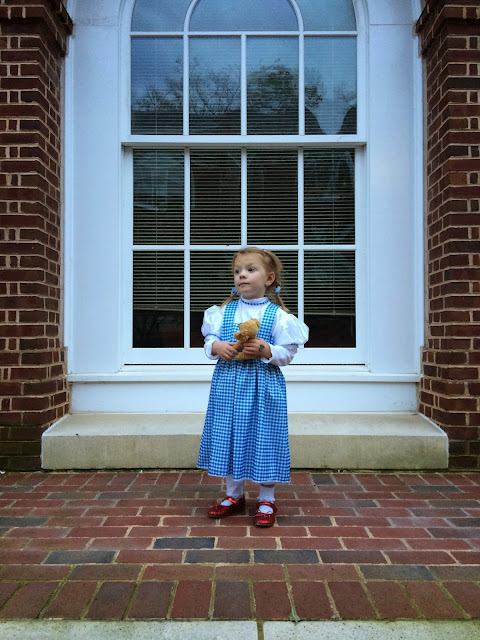 This year we were accompanied by a tiny Dorothy and by the swiftest runner around. The runner was not a fan of her race bib so she set her own trend and wore it on her back. That's fine. It's the side of her we see the most. The kid is perpetual motion and is almost always running somewhere despite being told to walk, or slow down. Exhausting, but awesome. 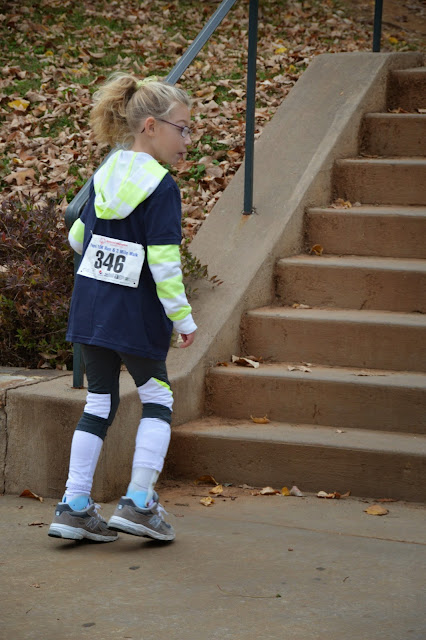 Our Dorothy was not alone as we stumbled into other look-alikes but I'll go out on a limb and declare that ours was the cutest. Ever. Her friends were there too. And even a real Toto, much to her awe and delight. 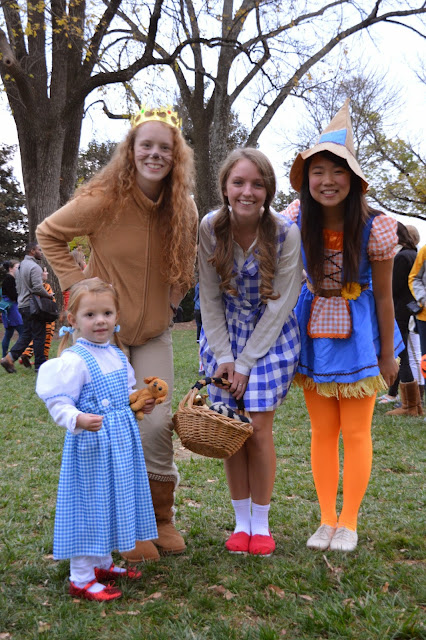 Although Dorothy is Esme's current obsession, Alice comes in for a close second. We ran into her, too. 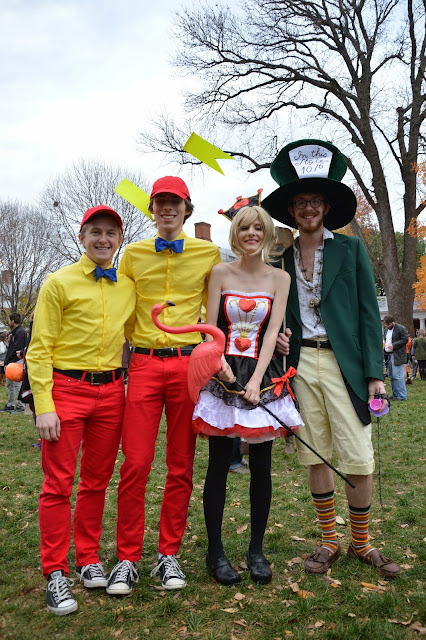 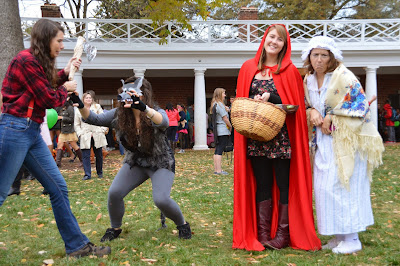 And a potted baby almost gives me the fever to change this party from 4 to 5. But relax. I said almost. 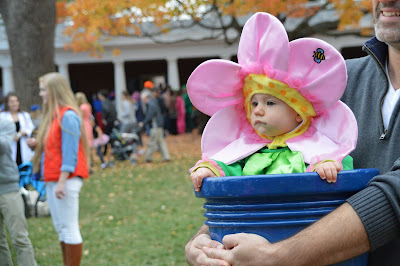 Always a good night on the Lawn at UVa. Our family's 6th one is now in the books. So thankful to be a part of this University and this community. So thankful for two able children, one of whom learned to walk long before I thought she would and thankful for girls who can run away from me. Even when I don't want them to. 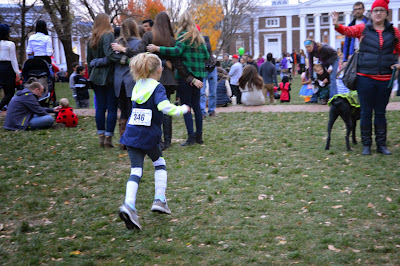 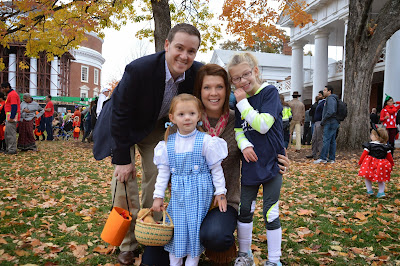 Happy Halloween! Until next year.
Posted by Mo at 7:52 PM 1 comment: