September? I think I'm still hanging out in August, or maybe back in July somewhere. I don't know. Maybe it's our girls' current obsession with The Wizard of Oz that currently makes me feel like Dorothy when she realizes she's not in Kansas anymore. We certainly aren't where we used to be either, which was in that gray house at the top of the little hill with far too many steps. And it was summer. Now it's September? But admittedly, as ready as we were to move out of that house, moving out feels a little bittersweet. It's a house that has served us well for 6 years and it's a house that begged us to move out and find better for our girls. We've listened. And thankfully, it's a house that is now under contract. 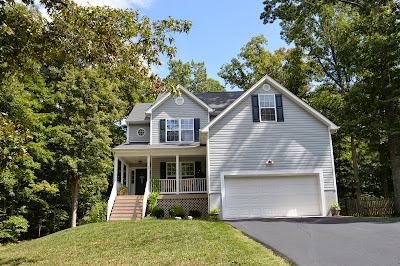 In mid-July, we offered this house to market. Just 3 weeks after that, we packed up only the essentials (which proved to be way more than we thought) and moved into a temporary townhouse rental that is located within the district limits of Oia's school once our new home is complete. It was imperative that we reside in our new county by the start of the new school year (despite the projected November completion date of our new home) to avoid transitioning schools mid-year. Although we have only relocated one county west, about 40 minutes away, the area and community here feels like a different, much brighter world. The change is nice but exempt from that is the townhouse life, which to be blunt, sucks big time. I'll spare you the details of why because the hateful neighbors below aren't worth a drop of my time but I repeat this is temporary, this is temporary, this is only temporary even in my sleep.

The positive of this transitional living is that Oia loves her new school. She loves her new teachers. The kid comes home happy. I get running hugs each day after school with the squealiest "MOMMYYYYYY" you've ever heard that results in arms around my neck and legs wrapped around my waist for a tight hug that lasts a minimum of 5 Mississippi's. That reason alone justifies why we needed to move here. Such a change from last years school experiences. No more pit in my stomach this year after drop-off each morning because Oia's assistant is my answered prayer. I want to hug that lady after school the very same way Oia hugs me. Oia is in such attentive hands now and I finally feel like a part of the team, not the opponent. This special girl is getting the special education that she needs and deserves and more importantly, one that she enjoys. 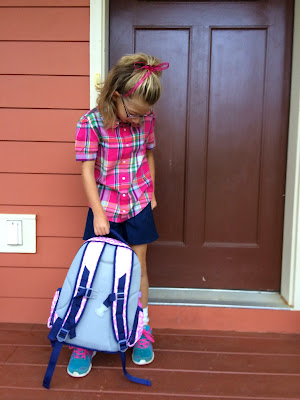 And since the move, Esme has become a Preschooler, at least for 2 mornings each week. She told me she was "a little bit bigger now" just after I happily announced that she was officially enrolled for school. Although she claimed she'd miss me and it took some convincing that preschool was a good idea, she never looked back or shed a tear on that first day and felt confident enough to hold just *one* of my fingers as she entered her classroom for the very first time. I love her onward personality and wise soul. And she loves her newly made friend named Kate. From preschool, of course. 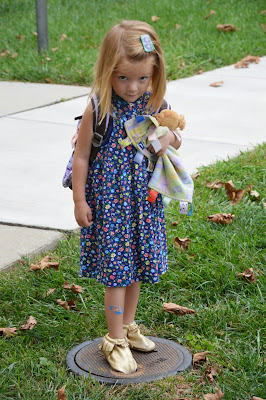 Somewhere in the midst of all of our summer happenings and just prior to our move, Oia had been complaining of her teeth hurting. We knew it had to be from crowns that had come loose but treating Oia's oral issues can only be done under general anesthesia as she is less than cooperative while in the dental chair. ("Less than cooperative" translates to a screaming mess.) We had hoped for the replacement of both crowns but once into the procedure, the doctors felt it was best to remove the molars entirely as the adult molars were already migrating up and into place which would again cause shifting and problematic crowns. Turns out a third baby molar had to be removed as it's position was jeopardizing the proper growth of another emerging adult molar. So when it was all said and done, our girl woke with three less teeth and a ton of pain. Thank God only baby teeth were removed. And thank God our girl has a history of growing teeth early. The adult molars have already begun filling in the gaps. No matter what though, her smile can't be ruined. 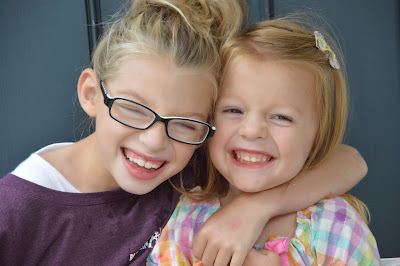 Overall, the girls are well and have transitioned seamlessly. Rob and I? We are far more grumpy and stressed than we ever have been. Selling a home, building a home, and currently living in a place that will never be home makes us feel disconnected and scattered. It's temporary, it's temporary, it's only temporary... and it's all for the better. Even if it does feel like we are in Oz right now.