A day that never gets written on the calendar yet somehow is always remembered. It's vivid memory a scar on my mind. It's the very day our parenthood switched from normal and fairly easy to anything but and hard as hell. It's the day we heard developmental delays, mental retardation, cerebral palsy and your daughter all in the same sentence. A few sentences after that; epilepsy and then therapy. The day of April 2nd, 2008 turned into the night of April 2nd strongly remembered as the night that a new Mom and new Dad cried themselves to sleep while their beloved world all wrapped inside a baby blanket slept between them. Their beloved world to which all those bad names now belong to was just a mere 7 months old. Their lives forever changed.

Seven years later. Today. A damn good day. Our beloved world, now also with ADHD, OCD, and Apraxia, who was once that little baby asleep between two heartbroken parents participated in her first Special Olympic event with hundreds of other differently abled children. Today she moved her body and mind and did all the things her worried parents wondered if she'd ever grow up to do while fighting all those tears instead of sleep 7 years ago. Today she ran, hopped, threw, and rolled. She participated. She laughed, smiled, high-fived and hugged. She ran away from us. Nothing about this we take for granted. Not a single thing.

The gap between today and diagnosis day 7 years ago seems far and wide. Because it is. Much of what has shaped and molded this life and the people we are today resides inside the gap of 7 years. It's a gap filled with hours upon hours upon hours of various therapies, surgeries, tears of frustration, heartache, pride, doubt, hope, fear, joy, worry, and the fiercest of loves that the human heart can possibly endure. Our girl is 7 years stronger and she's yet to be told she has cerebral palsy. Or anything else, for that matter. She does know, however, that she has a little sister, a Mom and a Dad, and a village full of only the very best support around. She knows the moon is in the sky because her Daddy put it there and that Mommy will die trying reaching for it if she'd ever ask to see it. She is unconditional love and challenges us to be the very same. She knows she is ours and God, do I ever hope that somewhere in that little head of hers that she understands how much we absolutely love her. And need her. And are thankful for her.

Diagnosis Day, 7 years later. Always worth a glance back and a reflection upon by my book. Yes, we were lives forever changed that day. But, we had no idea amid the pain that our lives would be changed for the better. Perspectives stretched, mindsets shifted, outlooks wider, eyes more open, hearts more full. 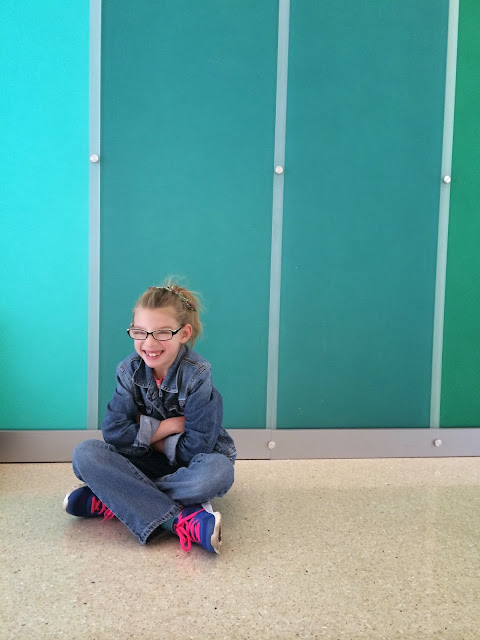